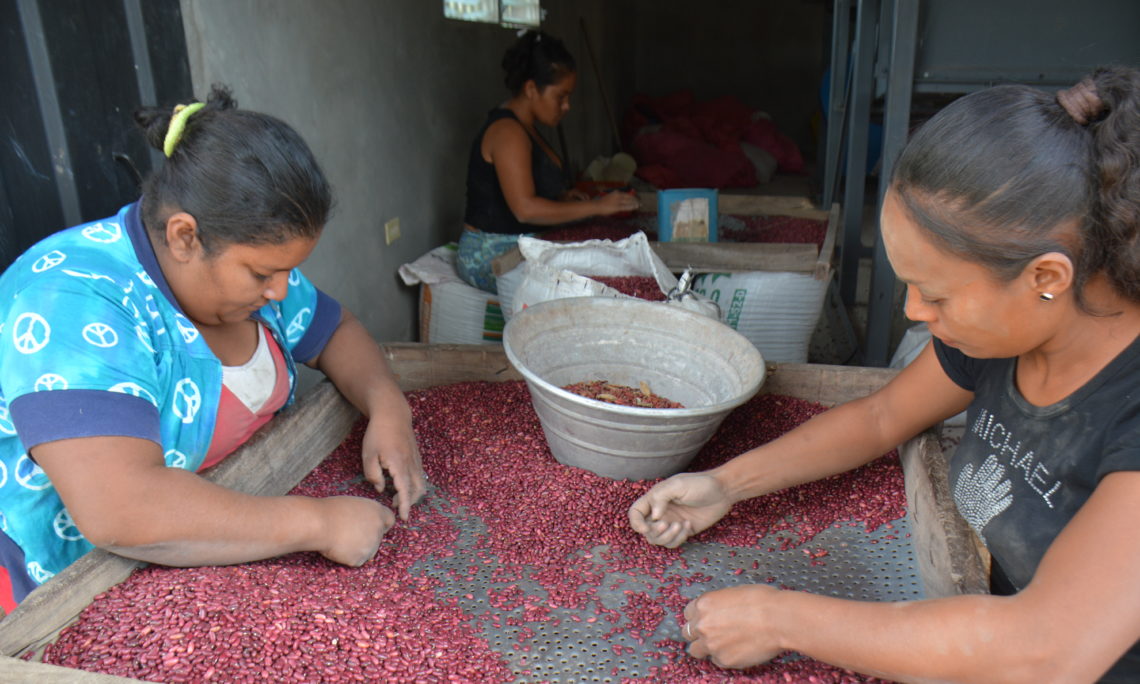 TEGUCIGALPA – In June, 56 producer organizations participating in the MAS project implemented by TechnoServe with funds from the United States Department of Agriculture (USDA) signed a marketing agreement for more than 21,500 quintals of red beans for the first season with the Honduran Institute of Agricultural Marketing (IHMA).

This agreement will benefit more than 1,120 bean families producers in the departments of El Paraiso, Francisco Morazan, Olancho, Yoro, and Comayagua, benefiting 54 communities in 18 municipalities.

One of the objectives of the MAS project is to link small farmers to formal markets looking for sustainability. This time, USDA-TechnoServe worked on strengthening the relationship with IHMA. One of the advantages for the producer is the price per quintal, the government has guaranteed a price of 1,000 Lempiras per quintal. If external market prices increase, IHMA will match the market price, the producers would be earning approximately 300 Lempiras per quintal more with the formal market than through informal markets. Other advantage for producers is that they will be getting the right weight, using calibrated scales at IHMA.

Both institutions are working on improving the quality of beans. Workshops will soon be held to train farmers in grain sampling, identification of damages, humidity conditions, among others, with support from TechnoServe with technical assistance and IHMA with product delivery conditions.

IHMA and small producers participating in TechnoServe have been marketing their product for 3 years. The producers began working with IHMA in 2014 and to date they had sold more than 10,000 quintals of red beans. Producers have had an increase in revenues of 40% to the price offered by IHMA. The project has supported MAS small bean producers to increase their productivity by up to 30% and link them to formal markets such as IHMA.

Darwin Lopez, producer of Jamasquire Olancho, partner of the CRAC Jamasquire, said: “I have been growing beans for 20 years, but before we planted local beans and we could never make a profit from that. When the MAS project arrived to my community, we were provided with certified seed and trained on bean crop, and we increased our production by 113%; selling to IHMA ensured the production. Our revenues have increased by more than 250%. Now I have my savings and I bought several things for the house, for this harvest I will buy land to build my house”.