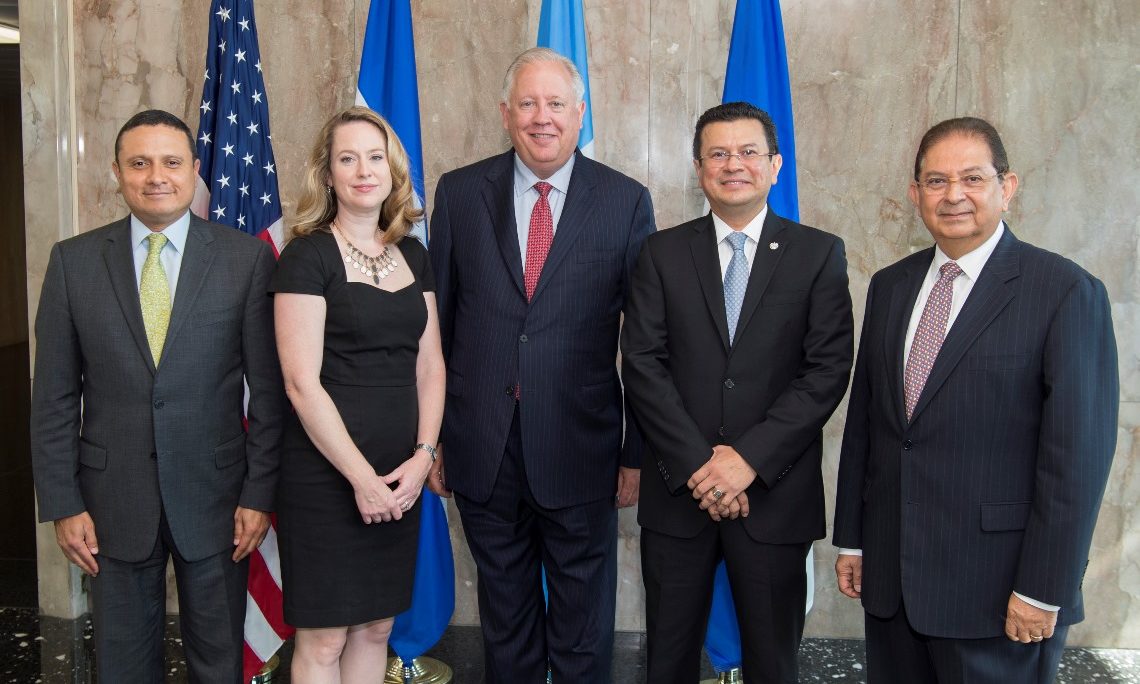 Delegates from the governments of the U.S., El Salvador, Guatemala, and Honduras after the High-Level Dialogue held on October 19, 2016 in Washington, DC. (State Dept. Photo)

WASHINGTON, DC – Building on the commitments made by Vice President Biden and Northern Triangle leaders in February 2016, the United States and the governments of El Salvador, Guatemala, and Honduras will meet October 19 at the U.S. Department of State for a High-Level Dialogue.

Under Secretary of State for Political Affairs Thomas Shannon and National Security Council Deputy Homeland Security Advisor and Deputy Assistant to the President Amy Pope will lead the U.S. delegation.

The governments will discuss ongoing progress under the Northern Triangle governments’ Alliance for Prosperity. A delegation from the Inter-American Development Bank will also participate.