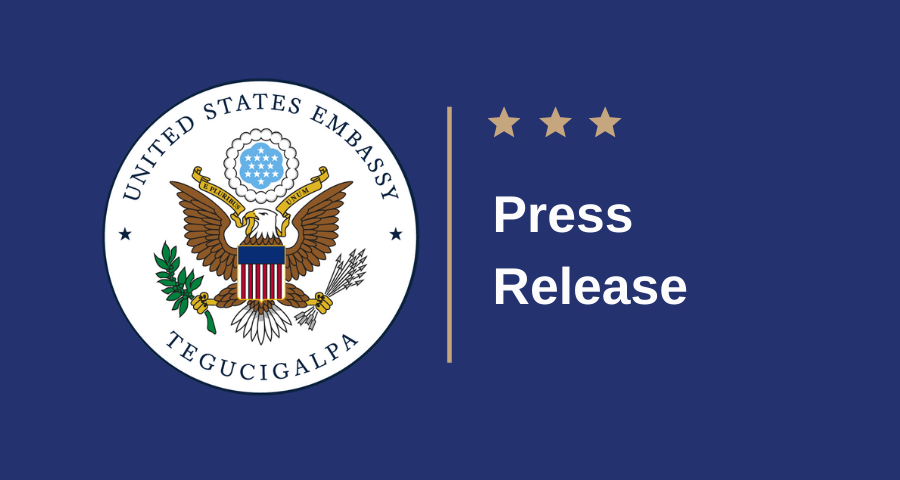 Comayagüela, M.D.C. – The United States and Honduras formalized a tripartite alliance between the United States Agency for International Development (USAID), the Honduran Ministry of Education, and the Honduran private sector in support of educational reforms and improvements to school infrastructure that are key to ensure quality education for Hondurans.

This alliance supports the efforts of President Xiomara Castro, through the Ministry of Education, in the implementation of the Plan for the Refoundation of the Educational System. The alliance will work on key aspects such as expanding access, improving retention and graduation rates, and guaranteeing quality education in safe learning spaces in Honduras.

The alliance will focus on four key priorities that include the implementation of the new USAID program with the fundamental objective of improving the coverage and quality of basic education, endowed with at least $28 million dollars; creating public-private partnerships to address critical infrastructure needs at 12,000 schools; creating safer community learning spaces; and the design and implementation of alternative modalities for young people outside the educational system who have not completed their secondary education. Since more education, skilled labor, and economic growth are closely related, the participation of the private sector is key to sustainably advance these priority areas.

A high-level delegation from the United States represented by the U.S. Ambassador to Honduras Laura F. Dogu; the Under Secretary of State for Civil Security, Democracy, and Human Rights Uzra Zeya; and the USAID Deputy Administrator for Latin America and the Caribbean Marcela Escobari attended the event. Foreign Minister Enrique Reina and Minister of Education Daniel Esponda participated on behalf of the government of Honduras. The announcement of this alliance comes one day after the United States and Honduras concluded their second bilateral strategic dialogue and their first dialogue on human rights.

The private sector, including Grupo Ficohsa, the Honduran Association of Maquiladoras, and COHEP, have committed an estimated $3.3 million to date to improve school infrastructure. Taiwan has also pledged $2 million in support. These actions confirm the need for an alliance to improve the quality of education, create opportunities, and give Hondurans hope for a better life in their country.

USAID is the U.S. government agency that has worked for more than 60 years with the government and people of Honduras. USAID programs have contributed to the reduction of poverty and the creation of opportunities for Hondurans through health programs, the fight against corruption, education, sustainable economic growth, environmental protection, infrastructure development, governance, and democracy.