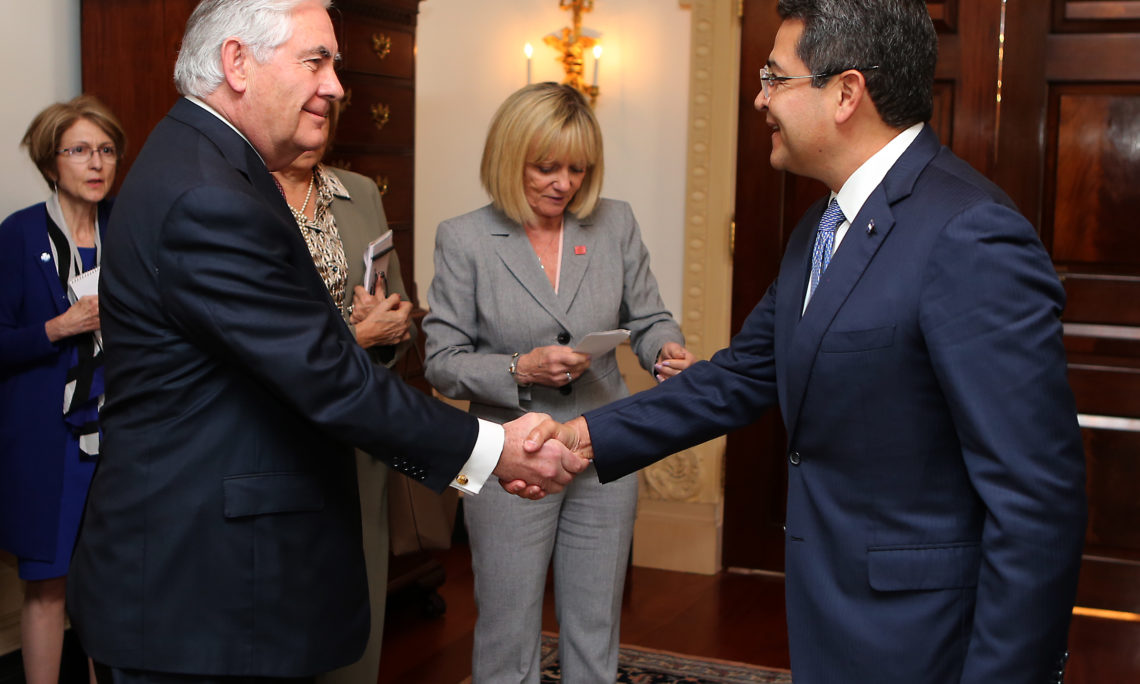 On March 21, Secretary of State Rex Tillerson met with Honduran President Juan Orlando Hernandez at the State Department in Washington to discuss the bilateral relationship between the United States and Honduras.