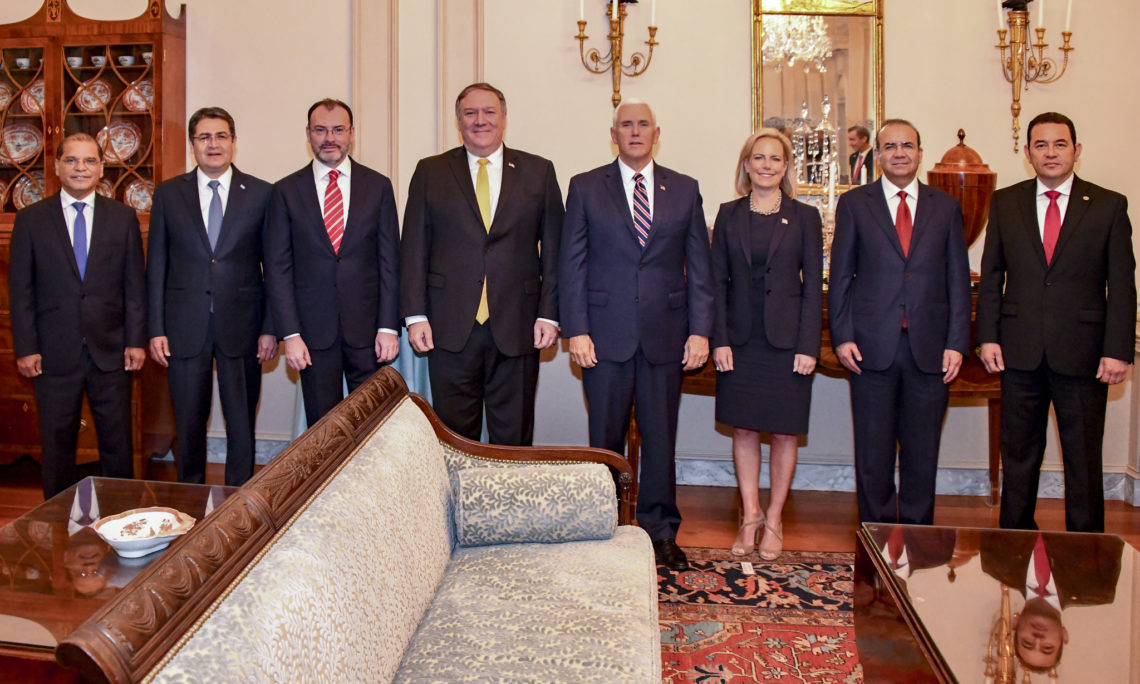 Office of the Spokesperson

The United States and Mexico co-hosted on October 11 President Hernández of Honduras, President Morales of Guatemala, and Vice President Ortiz of El Salvador at the Prosperity Day portion of the October 11-12 Conference for Prosperity and Security in Central America. Vice President Pence, Secretary of State Pompeo, and Secretary of Homeland Security Nielsen, along with co-hosts Mexican Foreign Secretary Videgaray and Secretary of Government Navarrete discussed the key economic, security, and governance issues that drive illegal immigration and illicit trafficking. All agreed to expand partnerships in order to more effectively address the joint challenges in the region.

As part of the U.S. Strategy for Central America, the United States aims to address the security, governance, and economic drivers of illegal immigration and illicit trafficking while expanding investment opportunities for U.S. businesses. The United States has pledged over $2.6 billion in foreign assistance over fiscal years 2015-2018 to Central America. U.S. efforts complement the Plan of the Alliance for Prosperity, the reform initiative of the Northern Triangle governments of El Salvador, Guatemala, and Honduras. The Northern Triangle governments have allocated a combined $8.6 billion from 2016-2018 to advance four key reform areas: fostering the productive sector, developing human capital, improving citizen security and access to justice, and strengthening institutions and improving transparency.

For more information on Prosperity Day, please visit this webpage.