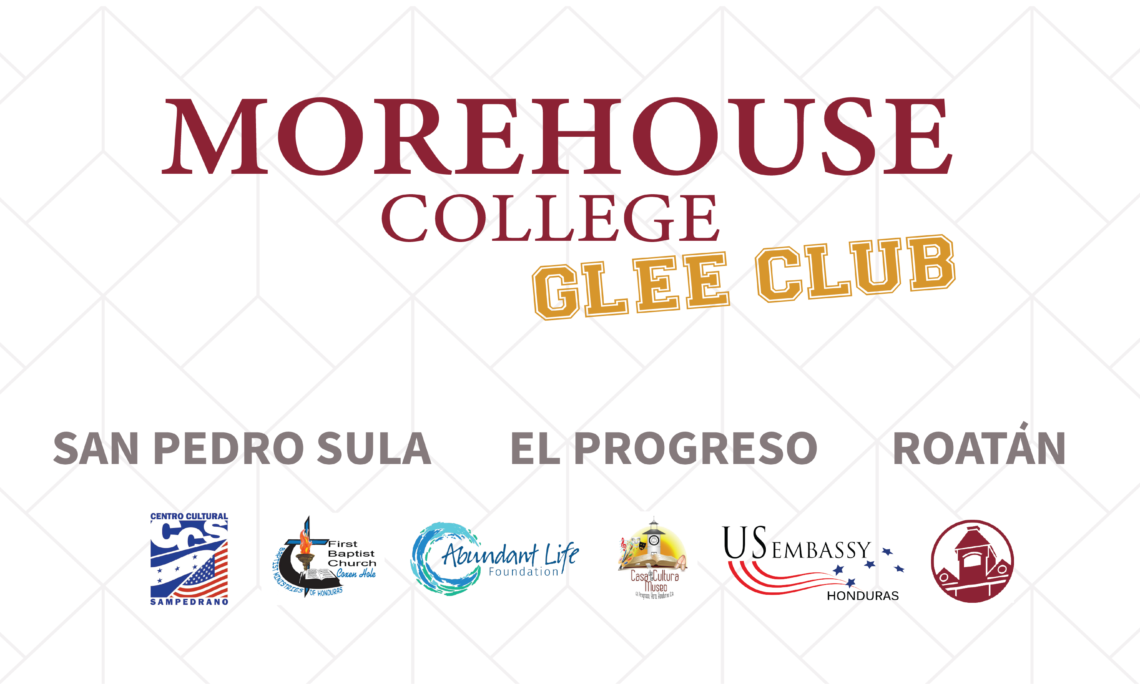 Morehouse College Glee Club, under the direction of Dr. David Morrow, will visit three cities in Honduras from August 8 to 14.  During their Honduras tour, the eight glee club members will carry out a dynamic exchange of musical knowledge with the Honduran people. The U.S. Embassy and the U.S. State Department under the Arts Envoy Program of the Bureau of Educational and Cultural Affairs is sponsoring the visit.

The Morehouse College Glee Club will conduct workshops with performing arts students, clinics on voice techniques, and offer public concerts with a message of reconciliation and faith for the Honduran public in San Pedro Sula, El Progreso and Roatán. The workshops are open to students of the Sampedrano Cultural Center (CCS-Centro Cultural Sampedrano), choirs from public and private schools, and churches. Sampedrano Cultural Center, The Cultural Center and Museum of El Progreso, and Abundant Life Foundation, First Baptist Church Coxen Hole and Bethesda Methodist Church of Roatán are co-sponsoring organizations.

Founded in 1867, Morehouse College is the only all-male Historically Black College in the United States. Morehouse was a center of moral leadership during the American Civil Rights Movement and as the alma mater of Dr. Martin Luther King Jr. The world-renowned Glee Club was founded in 1911, and this is will be their first time in Honduras to share experiences and exchange between our two peoples through music.

These exchanges contribute to strengthen the bonds of friendship and collaboration through music and arts, offering an opportunity for the Honduran public to interact directly with American artists and learn about academic experiences in the United States.

The program will conclude with a series of concerts by the Morehouse College Glee Club on the following dates and times with free admission and open to the public: